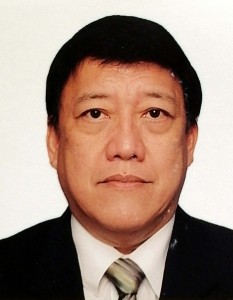 He attended the corporate governance conducted by the Center for Global Best Practices in March, 2021 and he attended the corporate governance seminar conducted by the Institute of Corporate Directors for new directors of listed companies in December, 2021.  He obtained his Bachelor of Laws degree from the Ateneo Law School in 1978. He was admitted to the Bar in 1979. He took special courses like the Top Management Program at the Asian Institute of Management in 1986, Program Instruction for Lawyers at the Ateneo Law School in 2005, and Harvard Negotiation Intensive Workshop at the Harvard Law School in 2015. He obtained his Bachelor of Science major in Economics degree, from St. Mary’s College in California, USA, in 1972, Master of Public Administration degree from the Philippine Women’s University in 2002 and gained partial units in Master of Laws at the Manuel L. Quezon University in 2002.