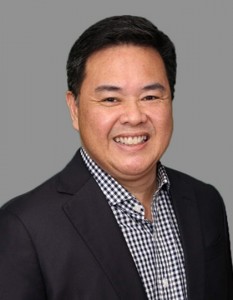 He was the President of Forum Energy Philippines, Inc. from November 2005 to April 2007, Chairman and CEO of Blue Bamboo Solutions, Inc. from September, 2002 to December, 2005, a Consultant for Strategic Alliance Development Corporation from March, 2002 and moved as Business Development Manager of Stradcom Corporation from May to November, 2002. He was the President of the Rotary Club of Makati East for the Rotary Year 2010-2011, and is a member of the Management Association of the Philippines. He was appointed Honorary Vice Consul of the Consulate of Ukraine in the Philippines covering the Clark-Subic Economic Zone on February 18, 2011.