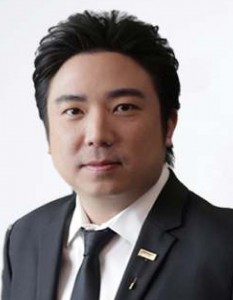 Supasit Pokinjaruras, 39 years old and a national of Thailand is a director of Basic Energy Corporation. He was appointed as member of the Advisory Board of the Corporation in February, 2017 and became a director of the Corporation in 2017 until 2018, when he was appointed as member of the Advisory Board until the term 2019-2020. He started his career at HSBC (Thailand) in 2007 developing relationships and managing investment portfolios for high net worth individuals. He is the Chief Executive Officer of Meta Corporation Public Company Limited since year 2018 (formerly Vintage Engineering Public Company Limited), a publicly listed company registered in Thailand, since 2015. He is also the Executive Director of Green Earth Power (Thailand) Co. Limited since 2012. He is co-founder and President of AVA Asia Ltd since 2014 and co-founder and Managing Director of Good Deal Entertainment Co., Limited, since 2013. His first foray into the Renewable Energy Industry brought him to develop one of the most innovative and advance Solar Power Plant project in Japan. Soon after, he became the head of Green Earth Power (Thailand) Co., Ltd., where he co-developed a 220MW Solar Power Plant in Minbu, Myanmar. Mr. Supasit is well versed on the financial aspects of operations and on current and new solar power technologies.

He attended the corporate governance seminar conducted by the Institute of Corporate Directors for directors of listed companies in December, 2021.  He obtained a Bachelor of Business Administration (International Program) degree from Thammasat University, Thailand, and a Master of Science in Financial Analysis degree from the University of San Francisco, USA.